In today’s mailbag I received a box containing an IKALOGIC WS200 hand held scope and an SQ200 logic analyser.

These French-made units are oscilloscope and logic analyser respectively and they arrived in attractive packaging, directly from IKALOGIC in Limoges, France. Translations to English are spot-on, if only some others used the same care.

The packaging as it turns out was not only attractive but functional as the box arrived without any of the usual marks or dents.

First off, the WS200. I can honestly say, given my current recovery status, I was worried in case setup proved difficult, but my fears proved unfounded. These small units are easily set up (at least on a PC). 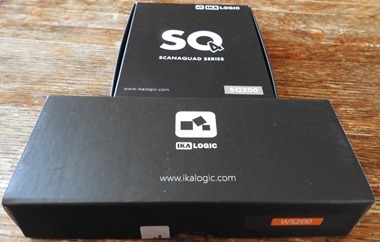 The scope software installed without issue which allowed me to have an initial play by connecting the supplied micro-USB/USB lead.

As the WIFI connection is used for data, USB for power, you initially need the Ikascope to use its own internal access point and set your device to work with this access point, however once that is done you can tell Ikascope from that point on to use your normal access point if you wish (as I do).

I could however find no way to tell it about my WIFI access point. I contacted support by email and sure enough they pointed me in the right direction. The unit initially sets up its own access point and then can be used by putting your mobile device onto that network and once you have done that initially, it can in future be joined to your existing network.

So now, I turn on my Ikascope by merely pressing the probe (ProbeClick) and it immediately connects to my access point.

There’s not much to the above picture simply because there isn’t much to see externally on  the scope. No buttons to press, merely the probe to press (ProbeClick) to initiate a reading on your PC or mobile device on the downloadable “Ikascope” software. Simple. I like it.

The scope comes with the ground lead for the probe head and a USB lead for charging, along with a little setup card. 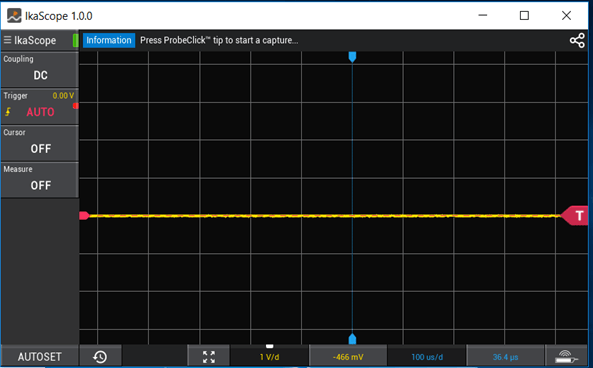 I’ve tested the unit on both my Windows laptop and Android smartphone. PC software shown above.

The unit turns on automatically when connected to USB and the PC software has a clean interface. Of course, the software is also available for MAC and Linux, though not, it would seem, mobile Android/IOS devices. 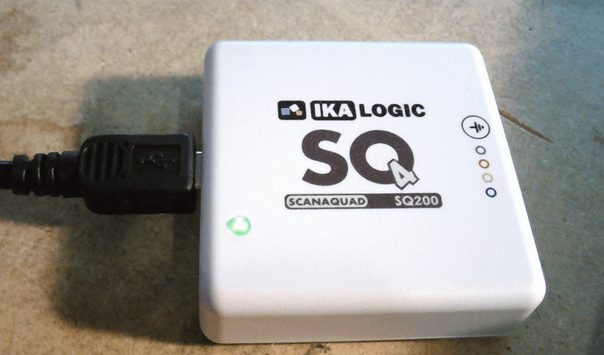 The SQ200 unit has 4 inputs and handles a range of input voltages and supports a good range of protocols out of the box with more online. 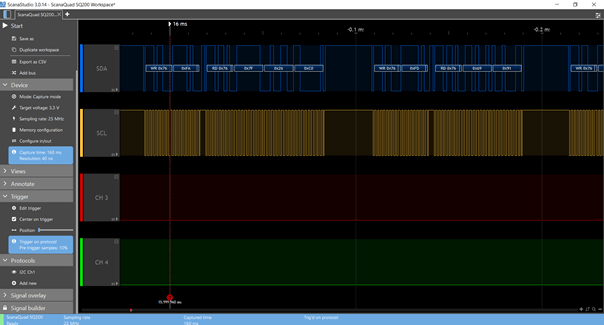 Registrations with no name or suspicious looking email addresses will be considered to be spammers and will be deleted. Don't forget to tick the box so you will get email follow-ups to comments. We've a great community in here. Spammers and "guest post" companies beware - you have NO chance of success and a good chance of getting spammed badly in return.

Please note that user names ending in SIBIA will be deleted as well names that look like commercial ads - please don't waste your time with the above or spam.

When dealing with wall outlet (high) voltages you should satisfy yourself that whatever you are doing is safe and if unsure, seek advice from someone who is sure.
Copyright © 2021 Peter Scargill - All Right Reserved