The 1284p is the next step up from the ATMega328 chip powering many of the “Arduino” type microcontroller boards and their many clones. 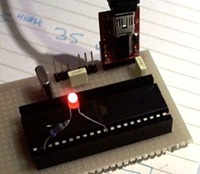 Why another chip? Well, anyone who has used the ATMega328 knows that it’s a great controller chip but the lack of RAM soon gets very tiring. Also if you’re messing with things like Ethernet and maybe you want a Real Time Clock, perhaps access toSD memory, the libraries have a habit of filling your FLASH memory much faster than you’d like.

Why the 1284p? That’s simple – there are only so many of these chips in DIP format – that is the old 0.1” pin format that is easy to use for prototyping – the other upgraded chips are surface mount and a PAIN to solder.

The 328 chip has 32Kbytes of FLASH (for your programs), 1K of EPROM (for storing data permanently) and 2K of RAM (for variables). The likes of the Ethernet code EATS up the RAM in no time. Finally, it’s also quite easy to run out of Interrupts and port bits.

Don’t get me wrong, the 328 is a great general purpose chip but it has it’s limits. A  problem with many other chips is the cost – by the time you’ve finished you may as well have bought a Raspberry Pi and the idea surely is to keep costs low. 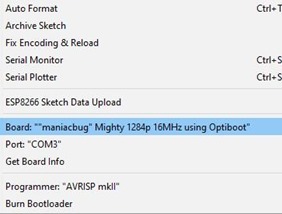 As you can see in the diagram above, putting together a prototype board is a snap (provided you have a TTL-USB converter which I use for all my kits.)

The 1284P can be added into the Arduino environment (July 2016) from version 1.6.x up but the old Manicbug software no longer works. I used this page to add it to the environment.  Once you are done you get the ManigBug option – this is mainly important as other implementations reverse the pinouts of the analog pins compared to the chart you see below. 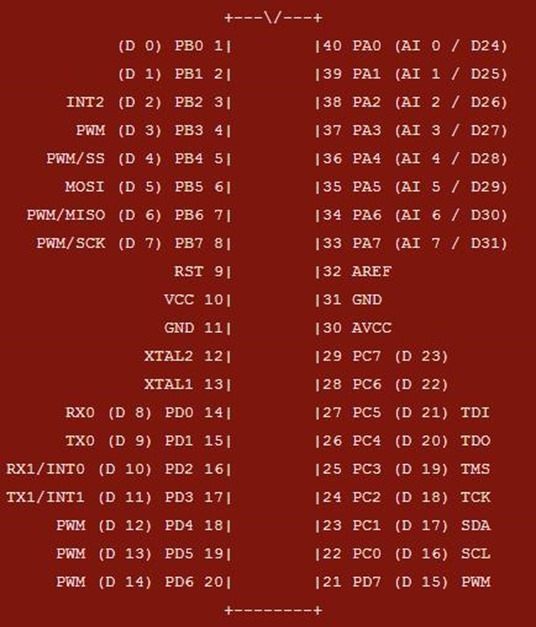 For more info I refer you to some very early blogs of mine below on an old site. Some of the information may be out of date.

Hi - I hope you find the top and bottom banners informative. Let me know if I missed anything important. I'm Pete and this is my (big) technology blog.

Disclaimer: Because I have no idea of your level of technical skill or the requirements of your country laws in terms of electricity supply etc, I accept no responsibility for any damage attributed to following advice in these pages. When dealing with wall outlet (high) voltages you should satisfy yourself that whatever you are doing is safe and if unsure, seek advice from someone who is sure.